CHIVA Africa is based in London and is a registered charity in the United Kingdom (charity no. 1132935).

Both organisations have separate Board of Trustees:

CHIVA South Africa Board of Trustees 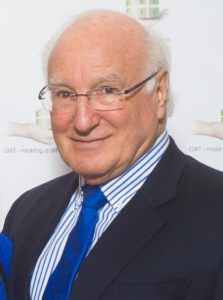 John Hillel Moshal was born on 30th March 1940 in Durban. He was educated at DPHS and DHS and the University of Natal where he graduated with a BScEng (Chem). After three years in the Sweet Industry he started Control Logic (Pty) Ltd and built it into the largest Industrial Electronic Company in South Africa. He sold 50% to Engelhard Industries and this share passed to Anglo American Corporation on the death of Charles Engelhard. In 1984 he sold out completely and moved on to his other interests.

His family trust JAKAMaR funds many organisations in the Jewish and wider communities. The family credo is to spend more on others than themselves which sees its philanthropy spreading around the globe. Today he is involved with his children in a variety of enterprises, both charitable and commercial. 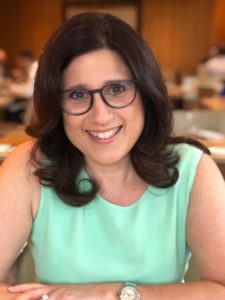 Born and raised in South Africa, Karyn graduated in medicine from the University of Cape Town in 1988.  She specialised in paediatrics in the UK at the Middlesex Hospital and St Mary’s Hospital, Paddington.  She did a Fellowship in Infectious Diseases in the USA at the Children’s Hospital of Philadelphia (CHOP) before returning to the UK.  Karyn was a lecturer in paediatrics at the Royal Free Hospital and at UCL prior to her appointment to a Consultant post at Great Ormond Street Hospital in 2004 in the Infectious Diseases Department and where she was Head of Department for Infectious Diseases from 2006-2010.  She is part of the team which runs the GOSH HIV clinic, the oldest in Europe.

Karyn is the co-recipient of the CHIVAS Humanitarian Award in 2012 for her work with CHIVA Africa, the Paul Harris Award from the Rotary Club South Africa in October 2018 and the South African Chamber of Commerce Award. 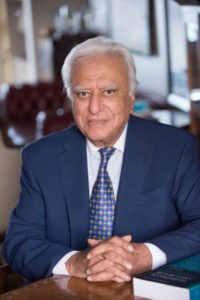 Jerry’s main contributions, relevant for this purpose, include critical research into the most serious health problems of children in Africa. He has published leading many papers on the basic science and pathogenesis, clinical management, epidemiology, prevention, and contextual factors, for the major causes of morbidity, disability and mortality, among Africa`s children.

His key research has been in the fields of Malnutrition, kidney disorders and infectious diseases. He has been investigator, implementer and activist related to the primary findings arising from his studies over about 38 years.

In total he has mentored 15 PhDs [the MD in South Africa is an equivalent], and 8 Masters in Science degrees. In his publications he encourages his young co-workers to participate as full authors, often as first author.

Professor Coovadia became a Specialist Paediatrician in South Africa [1971], and an Immunologist in the United Kingdom [1974-1975] and at the Walter and Eliza Hall for Medical Research, Melbourne, Australia [1979], after qualifying as a medical doctor in Bombay [1965]. The restrictions on people of colour in apartheid South Africa had led to his turning down admission for medicine at the University of Cape Town and proceeding to India. He is currently [from July 2003] the Scientific Director of the Doris Duke Medical Research Institute which is busy establishing itself as the premier centre for HIV/AIDS research in the developing world.

He served as head of Paediatrics and Child Health for 10 years [1990-2000]. He has served in various positions within the Medical Research Council of South Africa [MRC, SA], in University, at provincial and central government [after 1994], and in UNAIDS/WHO Committees. He was the International Vice-Chair of a newly constituted NIH Network on the formulation of programmes, distribution of funds, and monitoring and evaluation of studies on HIV research in mothers and children. He holds editorial positions on AIDS, Journal of Tropical Paediatrics [ceased], Annals of Tropical Paediatrics, South African Medical Journal, South African Journal of HIV, and The International Journal of Tuberculosis and Lung Disease and reviews papers for some of these journals, and regularly assesses proposals from the Wellcome Trust and other agencies. He was the chair of the prestigious Xlllth International AIDS Conference held in Durban, South Africa in 2000; generally accredited to be a landmark event in the landscape of AIDS, which  internationalised the demand for AIDS drugs and prevention services accessible to the poor in the developing countries; he is an African representative on the International AIDS Society [200-2008], and  also Chairperson of Dira Sengwe a non-profit organization which sponsors biennial AIDS Conferences in South Africa, where a third of attendees are from Africa.

He is the recipient of many awards, including a Silver Medal for Research from the MRC, SA [1999]; the Order of the Star of South Africa from President Nelson Mandela for Health [1999]; the Nelson Mandela Award for Health and Human Rights [co-recipient with Judge Edwin Cameron][2000]; Science for Society Gold Medal from the Academy of Science of South Africa [2004]; and the Medical Award of Excellence from the Ronald McDonald House of Charities; and honorary doctorates (DSc) from the Universities of Witwatersrand [2003] and Durban Westville [1996]. He is an Honorary fellow of the Royal Society of Tropical Medicine and Hygiene [2005], and one of a handful of South Africans as a Foreign Member of the highly regarded Institute of Medicine [USA]. 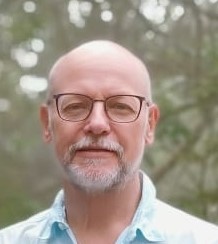 He Chairs the Ministerial Committee on Morbidity and Mortality in Children under-5 years (CoMMiC) and is Co-chair of the WHO Child Health Accountability and Tracking (CHAT) Technical Advisory Group.

Neil has worked in Namibia, Eastern Cape, Western Cape and KwaZulu-Natal provinces of South Africa and is currently a member of the WHO Guideline Development Group, Childhood Sexual Abuse.

As well as serving on the CHIVA South Africa Board of Trustees, Neil is also active on the KwaZulu-Natal Children’s Hospital Trust Board.

Neil has specialist interest in child health and social paediatrics and health systems and has published over 80 publications. 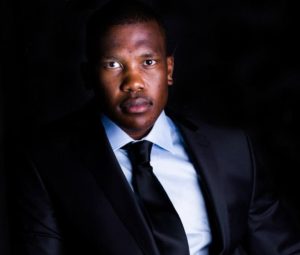 Ray is the founder and Chairman of Cargro Investment Holdings, a diversified investment holding company. He is also the co – founder and Executive Chairman of Enterprise Gaming Group. Before that Ray was the Managing Director of a coal supply business, which supplied products to Sasol in Secunda, in partnership with Amalgamated Colliery Contractors. 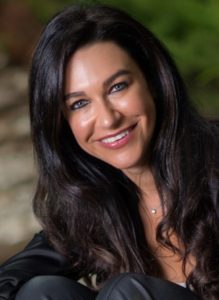 She currently works in the International Private Banking team at Investec Bank. Previously, Dina headed up business development at a technology-centric company involved in financial services. She was also the Group Executive of Marketing, Communications and Business Development at Sasfin Bank.

Prior to that Dina was with the Absa/ Barclays Group for over 8 years where she was involved in the Integration Team and held the post of Chief of Staff for Marketing, Communications and Public Affairs supporting the Executive team with strategic projects and initiatives across a multitude of areas and disciplines. 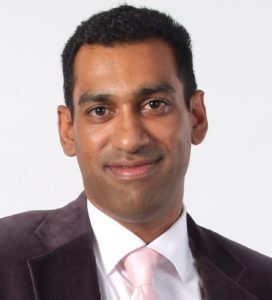 Mo serves as the Chair of the paediatric sub-committee and on the Board of Trustees for the Southern African HIV Clinicians Society, is the Co-Chair of the Paediatric Antiretroviral working group at the WHO and Vice chair of the Treatment Scientific committee in IMPAACT.  He is also a member of the South African National Department of Health ARV and the Paediatric Third Line ART Review Committees.

Mo has published widely over many years, contributing significantly to our understanding of the impact of malnutrition on HIV treatment and outcomes in children in sub-Saharan Africa

CHIVA Africa Board of Trustees

Born and raised in South Africa, Karyn graduated in medicine from the University of Cape Town in 1988.  She specialised in paediatrics in the UK at the Middlesex Hospital and St Mary’s Hospital, Paddington.  She did a Fellowship in Infectious Diseases in the USA at the Children’s Hospital of Philadelphia (CHOP) before returning to the UK.  Karyn was a lecturer in paediatrics at the Royal Free Hospital and at UCL prior to her appointment to a Consultant post at Great Ormond Street Hospital in 2004 in the Infectious Diseases Department and where she was Head of Department for Infectious Diseases from 2006-2010.  She is part of the team which runs the GOSH HIV clinic, the oldest in Europe.

Karyn is the co-recipient of the CHIVAS Humanitarian Award in 2012 for her work with CHIVA Africa, the Paul Harris Award from the Rotary Club South Africa in October 2018 and the South African Chamber of Commerce Award.

Colin qualified from St. Thomas’ in London in 1979, and had first-hand 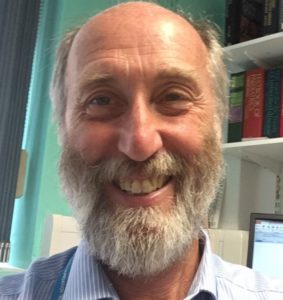 experience working in South African paediatrics at Baragwanath Hospital in Soweto, in 1982 before the HIV epidemic emerged. Colin started running the paediatric side of the family HIV service at King’s College initiated by Dr Karen Zwi from 1994. The service grew organically from the need to care for mostly local children of African HIV positive women many of whom found themselves displaced from Africa by circumstances such as civil unrest and war. Colin is currently the lead clinician for paediatric HIV at King’s College. 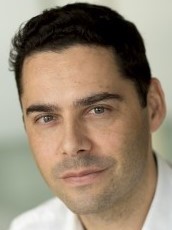 Shaun became a trustee for CHIVA Africa in February 2019. He is a South African qualified lawyer and holds the position of Chief Legal Officer at Cairn Capital, a leading European asset manager. He will contribute to the ongoing governance, operation and fundraising initiatives of the UK board.

Shaun is based in London, but he grew up in South Africa and remains deeply committed to its ongoing fight against the HIV epidemic. 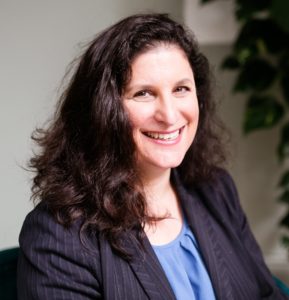 Felicia joined the CHIVA Africa Board of Trustees in 2017.  She is the founder of Akoni, which provides cash management solutions on a B2B basis and B2B2x basis with their FI distribution partners.   They are FCA regulated working with 18 banks in the UK, with Barclays as our Hub bank, and Clydesdale, Cater Allen (part of Santander), Aldermore, Metro, Hodge, Oaknorth, Arbuthnot on the panel.

Separate to Akoni, Felicia is a co-founder of a female founders group called Hive which supports entrepreneurs. Also, Felicia is on the foundation board of TEDxEuston, which spreads inspiring stories about Africa. 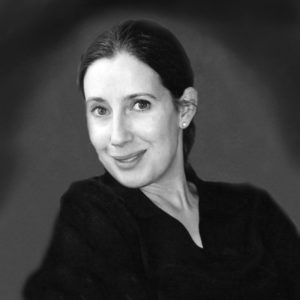 Fiona joined the Board at CHIVA Africa in 2019.  Fiona studied Law at Oxford University and started her career as a Barrister practising in Chancery chambers before moving into financial services. Most recently she has worked as Chief Operating Officer in a private equity real estate firm and Managing Director of a property management company.

The David and Elaine Potter Foundation are new funders for 2016 and are funding the overall organisation, supporting our vision to ensure children and young people living with HIV receive the care they need to live long healthy lives.

The Mercury Phoenix Trust started funding us in 2016 and are supporting our ‘Our Youth, Our Future’ project in eThekwini

With the support of The Nuffield Foundation we were able to support the implementation of the Department of Health’s down-referral plan from hospitals to Primary Health Clinics (PHCs) in the Dr. Kenneth Kaunda District (DKK) of the Northwest Province (NWP). This district has the highest HIV prevalence in the province.

We work to support the educational efforts of the Nelson R Mandela Medical School at the University of KwaZulu-Natal through contributing to the delivery of their HIV, child and adolescent health-related courses and conferences

We have worked in Dr Kenneth Kaunda District of the North West Province at the request of the Provincial Department of Health since 2010 through funding provided by the Nuffield Foundation that completes at the end of 2015. We are working to secure further funding to continue our work in 2016 and beyond

Provincial Department of Health in KwaZulu-Natal

Since our inception in 2004, our lead partner has been the Provincial Department of Health in KwaZulu-Natal. The focus of all our work is guided by the relevant directorates within the Department, ensuring we remain relevant and dedicated to addressing areas of greatest need.

We use cookies to ensure that we give you the best experience on our website. If you continue without changing your settings, we'll assume that you are happy to receive all cookies from this website. If you would like to change your preferences you may do so by following the instructions here.Accept